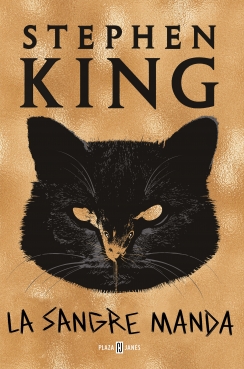 Again, King is reflecting about life, work, and death in 2 of the stories, something he is already dealing with in The Bazaar of bad dreams, a topic sadly coming irreversibly coming closer to everyone with each breath and second, each book read a flip closer to death, each heartbeat a metronome leading to and causing its self-destruction, eating away oneself to live. Damned telomeres.

It made me wonder why so few authors don´t start dealing with the inevitable at a certain age, why they don´t integrate their wisdom and talent in descriptions of how to deal with the big leveler.

Harrigan\\\’s Phone
Smartphones had already been a theme in King´s novel Cell and using everyday objects as Chekhovs and symbols is one of his favorite tropes, often surrounding it with character development influenced or inspired by possessed, obsessed, mundane, necromancing, magic,… objects, artifacts, or furniture. What happens after death is added to the recipe and voila, another unique combination of well known story elements is creeping out of the vault, assisted by intergenerational friendship and the good old question of what stays if one is gone, what ways metaphysical psi ectoplasmic manifestations might follow.

The life of Chuck
Who ordered the Merlin Sickness, hard to wreck such a plot device, but backwards storytelling is a beast all of its own. What lies closer than reminiscing and philosophizing about the fictional option of reverse living, replay dying, or simply getting younger until hopefully not dying as a wet spot, but changing direction again at, let´s say, early childhood, best avoiding the trauma button one already knows is coming closer in the future, past, whatever.
It could have had much more potential, but just like Cujo, Cell, and some other examples, it shows that King tends to not seek help from script doctors and plot nurses and prefers to ruin the one or other himself by not thinking the whole thing through long enough. Another trademark, starting very strong, using perfect characterization, and losing control over logic and suspension of disbelief because of a lack of fine plotting and editing, is big here too. Not bad, but the only 4 star in this brilliant collection.

If it bleeds
A Mr. Mercedes inspired interlude, starring Holly Gibney and explosions. I don´t get the dispute surrounding Mr Mercedes and this character and don´t remember (or don´t know about) a similar debate about another of King´s protagonists. It may have to do with the fact that the whole Mr Mercedes series was a kind of new land for King too, who obviously had some problems writing in the crime, murder, suspense, psychothriller genre with some more plot than character driven episodes, but what about this is poor Holly´s fault? I also felt that there is something strange going around with the German limousine but better weird evolution than writer´s stagnation or even degeneration.

Although creative incestual backlash has a magic all of its own and auto self cannibalizing is an often seen hobby, but that´s depending on highly individual preferences, both for readers and writers or however this and nastier metaphors should be arranged. Subjectively, as I am no friend of thriller plots just focused on playing hide and seek without much extra worldbuilding and horror or fantasy elements, I prefer his novels without this extra red line and investigation, but many may find their favorite psychothriller genre spiced with delicious characterization. It´s already long, could have been made a standalone novel instead, strong female lead characters unite!

Rat
Reflecting on the art of writing, the power of fantasy, himself, and the creative process itself is an often seen element in The Dark Tower, Love, Shining, … After reading, I imagined myself getting a bit even weirder than usual while working, writing, or editing very early in the morning or late at night, depending on the conception of the caffeine overdose, and this truly scared the heck out of me so that I needed even more guarana to calm me down. The picture of the danger of becoming insane in the membrane is one of the most realistic and therefore terrifying imaginations. For any reason, there seems to be predisposition, some may say self made and caused predestination for introverted, creative, already eccentric,…. wait a moment… heck, damn!

Not to forget and the collateral damages for the family members of the wacky lunatic. Shut up, damn cactus, I won´t dance naked in the rain. Again. The keyboard told me about your evil plans when carbon nanotubes penetrated my fingertips to transmit the warning directly into my brain. Although I don´t completely trust the keyboard anymore since the raven crowed me that he saw ants infiltrating the laptop. I should open it and see if there are quantum entangled hell dimension portals, leaking soul eating mind parasites, inside like in my last laptop I got exchanged because of this. Crappy customer service, by the way, felt discriminated, behaved as if my comprehensive and reasonable complaint wasn´t serious. Had no balls too, seemed to be scared without any reason.

The fact that King is 72 and his legendary novella collection Different seasons has the ingenious German title Frühling, Sommer, Herbst und Tod remembered me of the fact that King is immortal for me, that he will live forever, that he is enriching my life for over 2 decades, quarter century soon, now and will always stay the author who allowed escapes from reality incomparable to anyone else. A friend and helper to dozens of millions of people, King is a living legend, a prodigy made immortal by the sheer depth, appeal, and fascination of the, somewhere we still can´t go (technical, simulated, or physical) possibly real, fictional universe he created. Thank you, Mr King, you are an emperor, a god King.